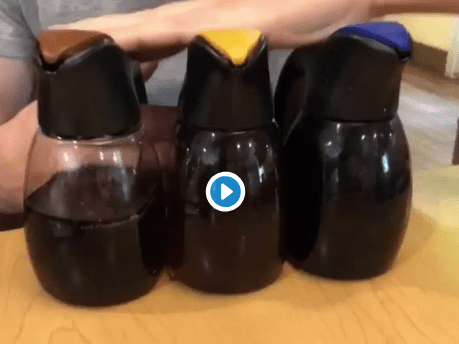 We’re not sure if it’s another viral marketing attempt by IHOP or the start of a new trend, either way, it sure looks like fun!

A West Virginia man was waiting for his food at his local IHOP when he and some friends decided to pass the time by making the syrup bottles sing along to Queen’s “Bohemian Rhapsody.”

It went viral obviously, and we were blessed with a second rendition from someone else. This time the bottle sang Blue Swede’s “Hooked on a Feeling,” and Sir Mix-a-Lot’s “Baby Got Back.”

Me and Matt are no longer allowed in @IHOP pic.twitter.com/b2PbEm6gya

I sure hope they washed their hands before they started touching the sticky syrup containers!

5 Best Distilleries in New Hampshire According to TripAdvisor Next post