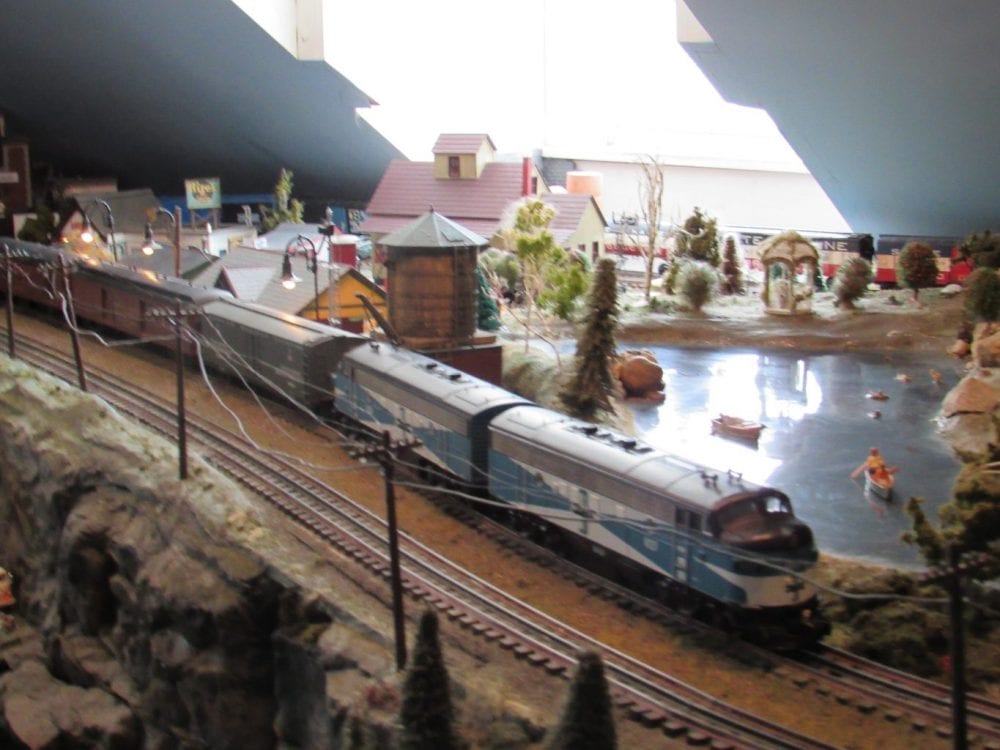 Sheldon Cooper would LOVE to meet Bob Kivela. Bob has turned the second story of his Piermont, NH farmhouse into what might be considered the longest home train display in New England.

Kivela’s 60-foot long train project took him nearly 20 years to build. It even required him taking down a wall in his house! THAT is dedication.

Kivela, who regularly attends train modeling shows to see what is available to add to his collection, has an extensive list of trains, including: Boston & Maine, Union Pacific, New Haven, Santa Fe and more!

He has various themed areas that have such memorabilia as: The Coppertone Billboard, Coca-Cola signs and a Porche Dealership. He even has Christmas themed area.

He is very proud of his pristine layout and wants others to enjoy it as well. You can schedule a viewing by calling him @ 603-272-5878 (before 9pm) or emailing him: [email protected].

Bring the kids and show them something cool from “the old days!”