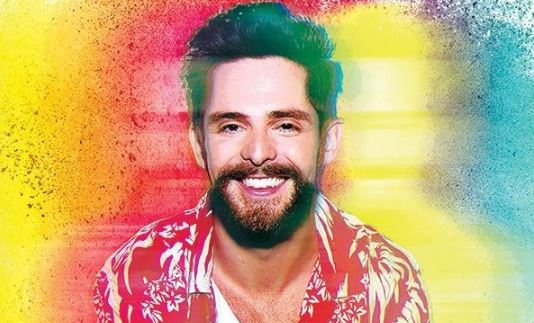 Since its debut in 1975, Saturday Night Live has had 638 musical guests (as of last weekend’s show) but only 17 of them have been country acts. Why?

I know New York City is an eclectic city, but of the country acts on SNL, they have been big names: everyone from Dolly, to Willie (who’s hosted 3 times) Blake Shelton, Keith Urban, Carrie and Garth.

They’re always well received on the show, so that’s why it’s exciting to hear that Thomas Rhett will be #18 for country acts to perform on SNL.

Rhett took to Instagram with his daughter Willa Grace to have her tell you where daddy was going to be on March 2nd. He said he will perform some newer songs as well as the fan favorites.

And… he’s set to begin his “Very Hot Summer Tour” on March 16th in Australia with a stop at The Xfinity Center in Mansfield, Massachusetts on August 2nd.

DONATE: Make A Wish NH's 'Rafting For Wishes' Next post