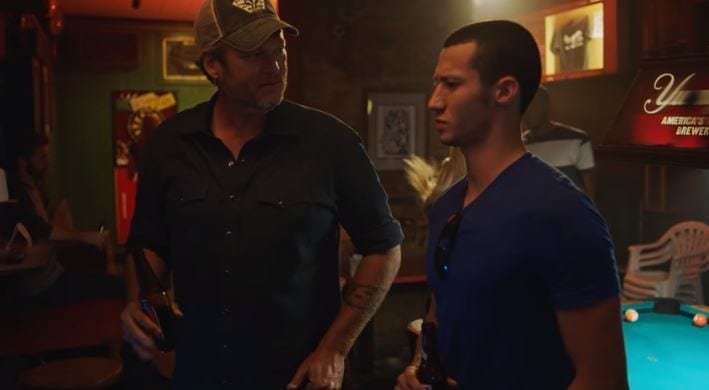 It seems no matter what Blake Shelton touches, it always turns to gold.

He’s the winningest judge on The Voice with six wins; he has won a total of 62 awards musically, including multiple ACM and AMA awards, People’s Choice, Billboard and many BMI and ASCAP awards.

He’s a member of The Grand Ole Opry AND he’s the voice of Ox in Illumination Entertainment’s 2019 animated movie “Ugly Dolls, ”which also stars his friend and fellow coach on The Voice, Kelly Clarkson.

His restaurant chain “Ole Red” just opened its THIRD in Gatlinburg TN.  His other two are in Oklahoma and Nashville.  And now… Blake has decided he wants to tour again! Do you doubt it won’t be successful? I wouldn’t bet against it.

The tour is called “Friends & Heroes 2019” and it kicks off in Oklahoma February 14th. He is literally bringing his heroes, which include: The Bellamy Brothers and John Anderson, as well as his friends: Trace Adkins and Lauren Alaina.

And Blake, being Blake, made this cool video to promote the tour. It explains how he came up with the idea.

What Exactly Does This New Emoji Mean? Next post